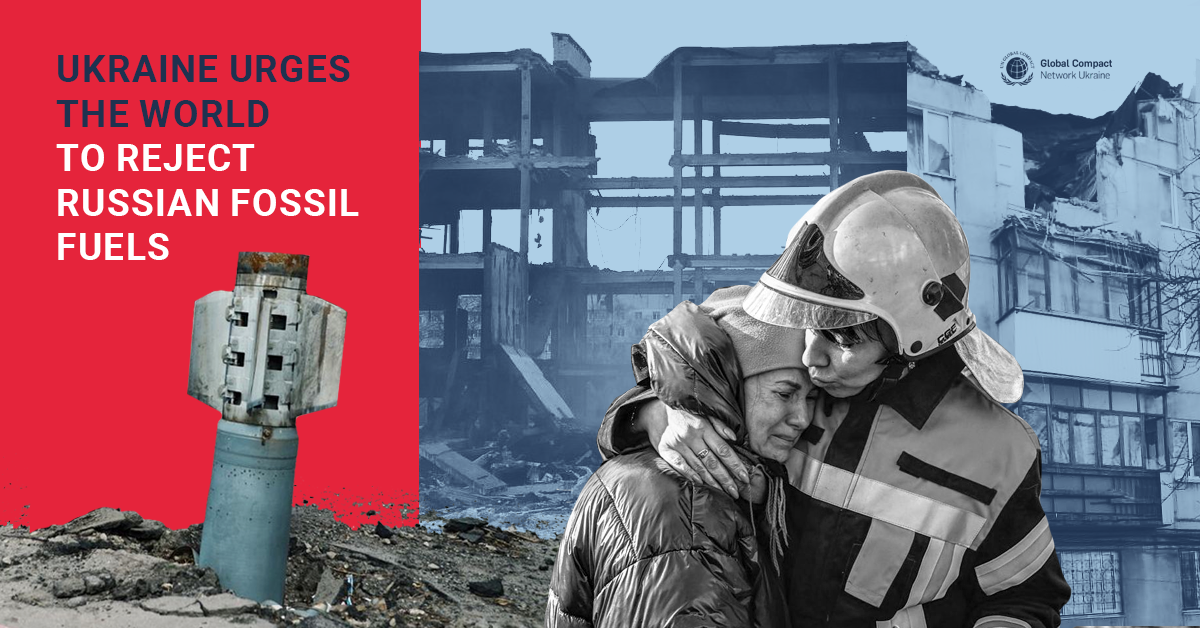 For almost two months there has been a war going on in Ukraine, a country based in Europe. For two months, daily, dozens of missiles hit cities, houses, hospitals, schools, even farms. Every day Russian troops murder, rape and starve hundreds of people to death.

You may probably have children and today they said “Good morning” to you before going to school. Yet thousands of children will never say that to their parents. Since they or their parents were killed by Russian weapons, those produced or purchased for money from selling oil or gas.

The EU pays around 1 billion euros daily for Russian fossils. For example, Germany is one of its main consumers and thus is the main sponsor of war in Ukraine, as its daily spendings for Russian gas reach around 200 million euros.

Earlier, at the very beginning of the Russian war against Ukraine, we, along with over 750 organizations from 60 countries of the world, have been calling on you and other world leaders to reject and ban any import of fossil fuels from Russia and rapidly phase out all fossil fuels in the EU and the world.

The word combination “sponsor of war” may probably provoke inner resistance in you, yet we have to admit it as a fact. Since war is fed by money in the first place. And Russian economics is fed by money from selling fossils.

We realize that refusal from Russian energy sources might appear painful and complicated for Germany in the short run: it means improvement of energy efficiency and prioritization of fossil fuel distribution, development of new logistic routes, investing in renewable energy sources and energy transition – all this is additional spendings. But in the long run these measures are a great gain – energy independence from the aggressor country and a powerful humanitarian milestone in history. This moment is challenging for all of us but it provides an unique opportunity to make the needed radical changes to end Germany’s and Europe’s fossil fuel dependence and robustly tackle global warming. Though it won’t bring thousands of Ukrainians back to life, it will rescue thousands more people, who will be threatened by wars fuelled by fossils and who may consistently contribute to sustainable European economics.

We understand that you have to think big – about the future of the country, nation and economics. Yet we ask you to use your power and influence to rescue Ukraine and the future of Europe too. We ask you to open your soul and go down to the level of children from Mariupol or Kherson, Kharkiv or Bucha. They very much await for this war to end, they believe they will go back to school and they won’t have to expect their house to be hit by a missile.

We, the people of Ukraine still want to believe that you are the German politicians, are people of honor, people of your word. We are sure that you’re able to halt this war and gather other countries around you to support efforts towards ending the war. You only need some political will and humaneness to impose a full embargo on Russian oil and gas. The German minister for foreign affairs announced that an oil embargo will be imposed by the end of the year but that it’d take at least until 2024 before Germany will stop importing gas. That is far too late and it will come with a tragic human cost in Ukraine. According to a recent study by the German Institute for Economic Research (DIW) Germany could stop using Russian gas as early as 2022. We urge you to do the only right and moral thing. Stop the imports of Russian oil and gas now!

Social Initiative «City of the Sun»

NGO «Center for Legal Protection of Environment and Climate» 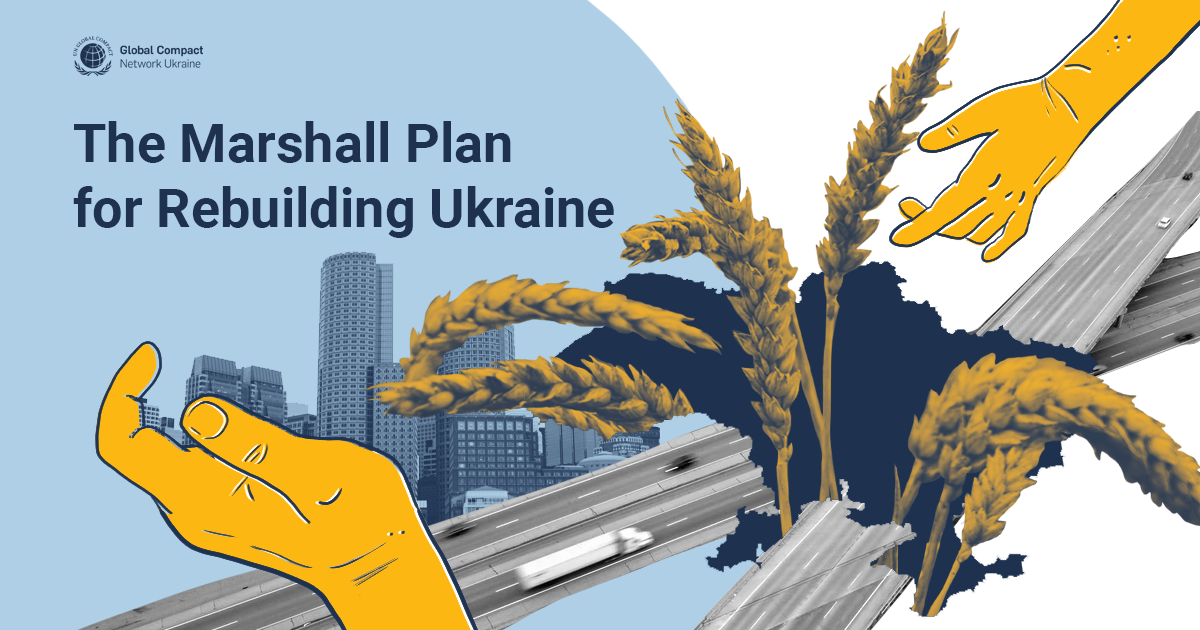 Marshall Plan for the post-war reconstruction of Ukraine. Proposals of the UN Global Compact Ukraine