On June 21, UN Global Compact Ukraine launched the Climate Ambition Accelerator program. The opening of the program was dedicated to the ecological modernization of Ukraine. Invited speakers, specialists in ecology and business, greeted the participants of the Accelerator and discussed the prospects of restoring Ukraine from the point of view of advanced achievements in environmental protection.

The Climate Ambition Accelerator is a six-month accelerator program designed to equip companies with the knowledge and skills they need to accelerate progress toward setting science-based emissions reduction targets aligned with the 1.5℃ pathway, setting them on a path towards the net-zero emissions by 2050.

The event began with a moment of silence to commemorate Ukrainian soldiers killed in the Russo-Ukrainian War.

Tatiana Sakharuk, CEO of the UN Global Compact Ukraine, stressed that the Accelerator became possible in Ukraine today thanks to the initiative of participating companies:

«We are launching this Accelerator thanks to your willingness to learn and develop the ecological direction in our companies. We all know that the war will end, and we will rebuild Ukraine. This Accelerator will allow you to communicate with program participants from around the world. But your greatest achievement for Ukraine will be your science-based targets for emissions reduction.» 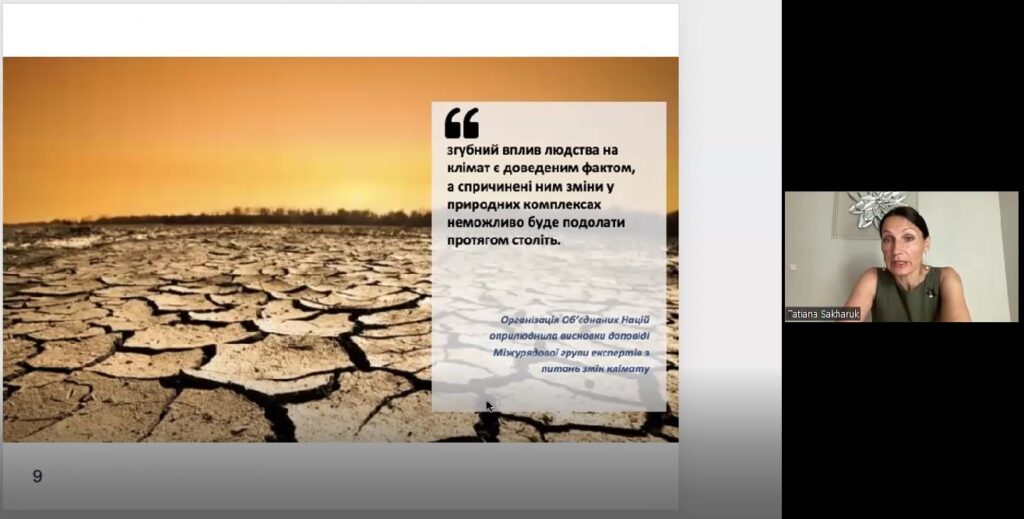 “Our goal is to make science-based emission reduction targets a practical guide for Ukrainian business and to reach an agreement on their establishment and gradual implementation. After all, only thanks to this will Ukraine be able to achieve climate neutrality in unison with Europe. Ecological modernization is essential today in terms of energy-efficient technology implementation, which is necessary for abandoning Russia’s fossil fuels. I hope that this knowledge will allow rebuilding the Ukrainian industry and green energy, which will make Ukraine a part of a strong industrialized Europe without customs restrictions, » Olha summed up.

Andrii Hunko, Project Coordinator at GIZ, spoke about the GIZ financial instrument to support the ecological modernization of Ukrainian business. It provides financial support for Ukrainian industrial companies, which will be the first to modernize production following the principles of BAT (Best Available Technologies). The total amount of financial assistance to Ukrainian businesses is 6 million euros.

Andrii also spoke in detail about the implementation of Best Available Technologies (BAT). It consists of four steps:

«The EU Green Deal is the economy of the future, free of carbon emissions and pollution. Much effort has already been made to implement this large-scale initiative by 2050. In 2021, the Ukrainian authorities have taken a big step towards entering into a dialogue on the Green Course and have announced their intention to transform the economy in line with this initiative. Besides, the green transition is part of Ukraine’s European integration commitments. Now, during the war with Russia, we are talking about the restoration of Ukraine. And we would like it to be «green». We are about to announce a project to support business initiatives that bring together innovations and the green economy. It will start at the end of the year and can be useful for Ukrainian businesses. « 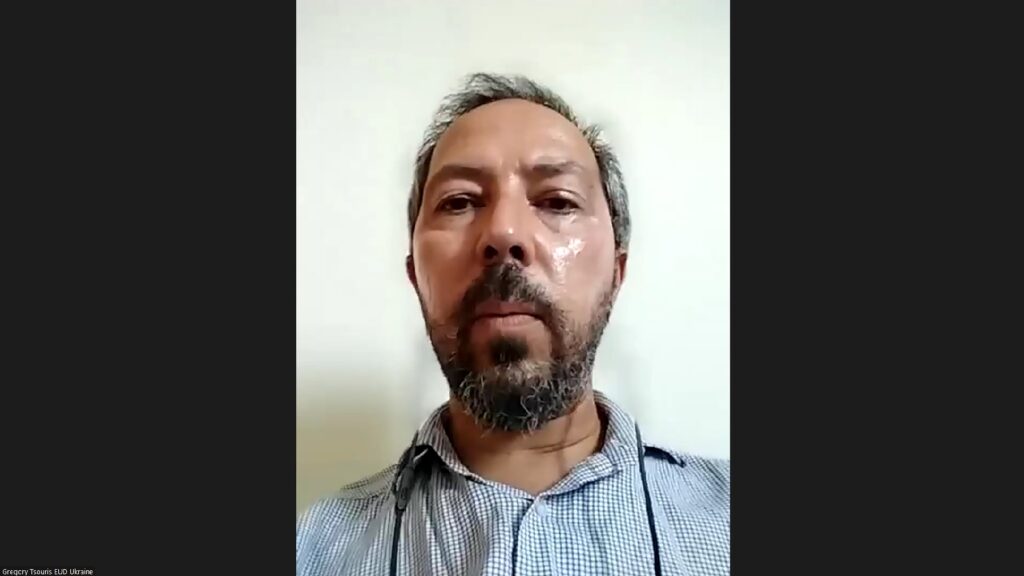 Andrius Kubilius, Member of the European Parliament, congratulated Ukraine on receiving a recommendation from the European Commission to Council confirming Ukraine’s perspective to become members of the EU and wished success in the vote on the European Council summit on 23-24 June:

«Ukraine is heroically defending Europe from Russian aggression. At the same time, it suffers heavy losses. To rebuild the country, it is important to implement the Marshall Plan. According to the latest calculations, Ukraine needs from 500 billion to 1 trillion euros for recovery. It is important to use these funds correctly to get the most out of them for Ukraine. We call the Marshall Plan a «green plan» because it must also take into account the EU Green Deal for the transformation of Ukraine’s economy. Russia’s military aggression against Ukraine has forced Europe to reconsider the concept of the Green Deal and work on its implementation very rapidly. Ukraine has great potential to develop green energy within the country and become its supplier to Europe. «

Andrius Kubilius is convinced that with the support of the Western community, Ukraine will win the war and in some time will become a member of the EU, having passed the path of internal transformation. 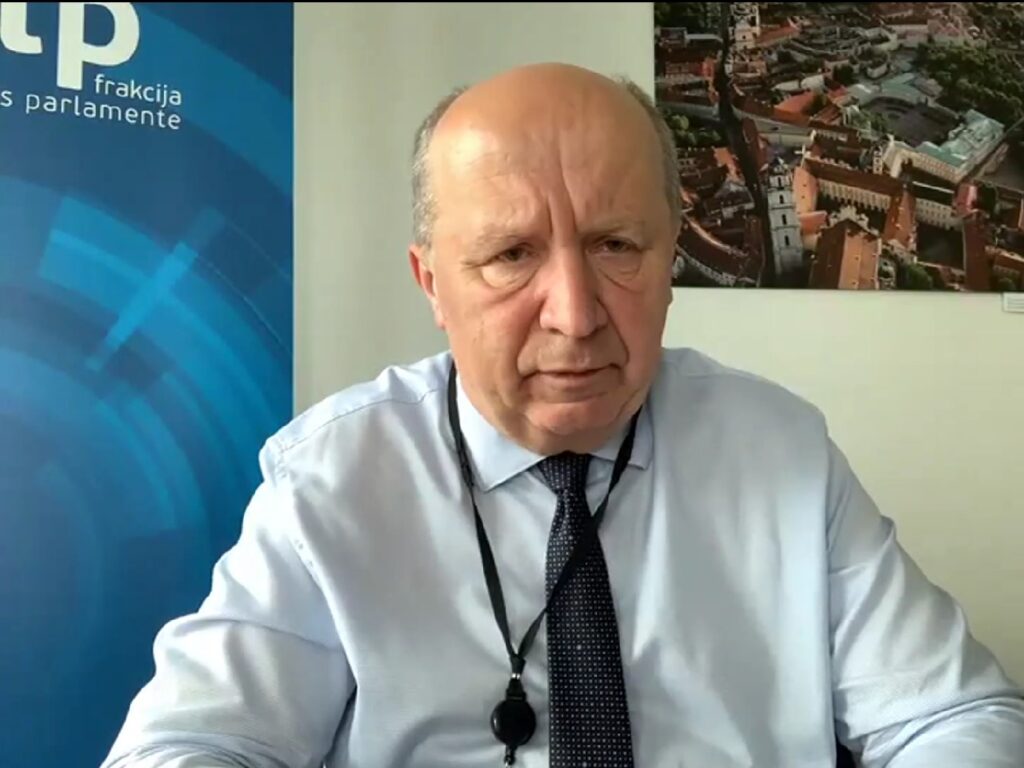 According to Olena Frolyak, the Environmental Ambassador of the UN Global Compact Ukraine, the preservation of people’s lives is and should be an unconditional priority for the authorities in Ukraine today, but the protection and restoration of the environment should not be overlooked.

«After the war, we will have to rebuild a lot. I want us to focus on the best European experience in urban planning. We should not forget that environmental problems in Ukraine are caused not only by Russian aggression. We need to change attitudes to rivers and other natural lands as soon as possible so that they do not disappear in a few decades. « 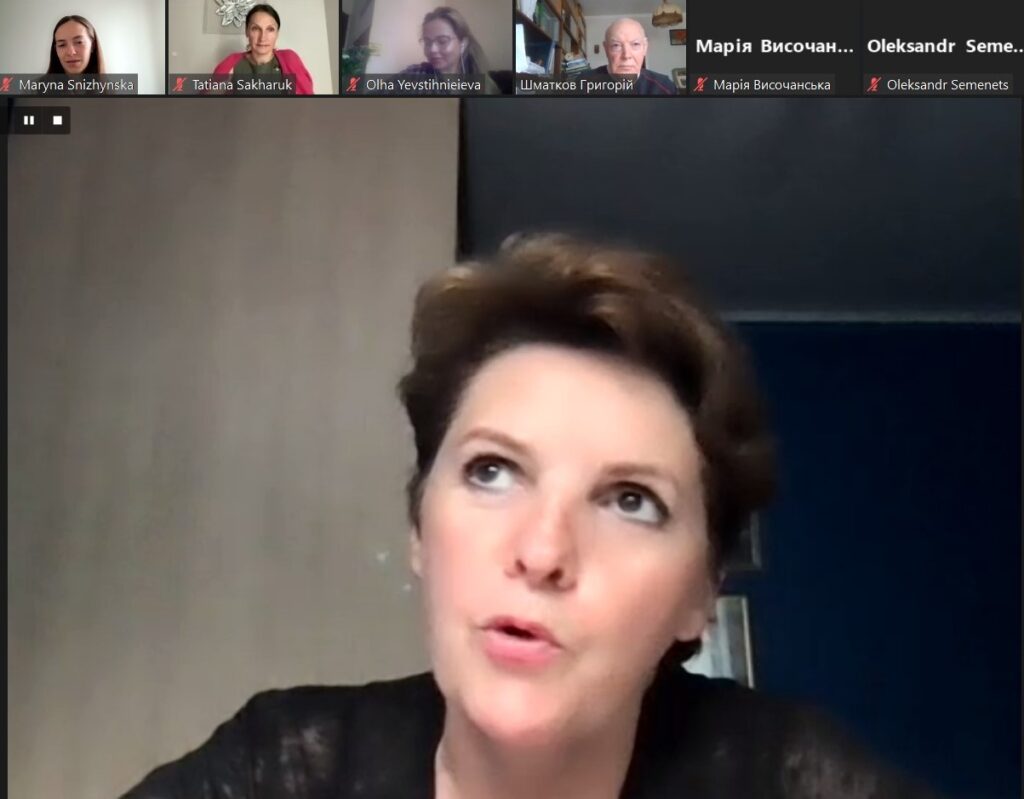 Ukrainian participants of the Climate Ambition Accelerator will soon get to know each other as well as the facilitators, and fruitfully learn how to set scientifically sound emission reduction targets. We wish you inspired learning for the development of Ukrainian business and the country!